For the Best Results Shoot RAW.

There is Nothing to Fear, but Fear Itself. Fear Not, Go RAW
When I purchased my Canon 30-D about four years ago I found it had the capability to shot RAW images.

I thought to myself, WHAT IN THE DEVIL IS RAW, WHAT KIND OF ANIMAL IS THAT ?
Not only that, I also seen it had the capability to capture both RAW images and JPEG images at the same time, NOW, this really threw me for a loop, man, I was really confused, it scared me so much I did not want anything to do with it.
This sounded to me that this was for the Pro’s only, not people like me. This was something that only the pros did, that is what I thought.

All I seen was these big bold letters R, A, W. What was that, What did that mean ? I did not have the foggiest idea, it was totally foreign to me.
My son Scott liked the 30-D and purchased one also, he too was scared off by the word, RAW.
A short time passed and he decided to venture off into the RAW world and see just what it was. The word RAW looked scary and intimidating, but there was only one way to find out and that was to go for the gusto and see if he was like a cat that had nine lives and this was to be his last.

A great new world of photography opened up to both of us. Once finding out what we could do with a RAW file image we only wished we had known about it earlier because by now we had both taken a fair amount of photos in the JPEG file only.

Today we both shot our photos in the RAW / JPEG file format, this means that when you take a picture the camera records it into both a JPEG image and a RAW image at the same time.
The reason we shot in RAW / JPEG is because when you open your photos in your photo program you see a photo and next to it a icon which is the RAW file. You do not see the RAW file picture because it needs to be opened with a software that has that ability to open a RAW file. With the JPEG image you can see what your photo looks like before you open the RAW file. So, by shooting in both RAW / JPEG we don’t have to wait to open the RAW we can see what we took right now, no waiting.

Below are two examples (1) a untouched RAW image and (2) the finished product.
The photo to the left is what you see when you open a RAW image, this is right out of the camera before anything is done. The photo on the right is the finished project.


This is but a sample of what you can do with a RAW file image. With RAW you have the full capacity of a digital darkroom at your finger tips.
Here in the RAW state you can work several things to you liking, how ever you prefer it is you choice.
You can adjust the:
lighting
White Balance
Exposure
Contrast
Blacks
Brightness
Clarity
Vibrance
This is only a few things you have at your deposal, there is no end to what you can do. If you make a adjustment and then decided you don’t like it just go back and change it to how you like it, there is no end to what you can do.

Now, If you have a camera that has the ability to take pictures in the RAW format (or if your thinking about getting one) may I suggest you go for the gusto and let a whole new world of photography open up to you, let you imagination soar and turn your photos into the kind of photos you wish to have.
You can do it, don’t let the fear of the word RAW take you in it’s grasp.
You have nothing to fear, but fear itself.
There is absolutely nothing to fear about RAW, you just need to venture off into a whole new world of photography.

There is nothing to fear, but fear itself, fear not, go RAW 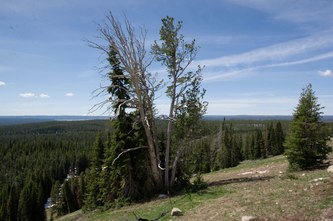 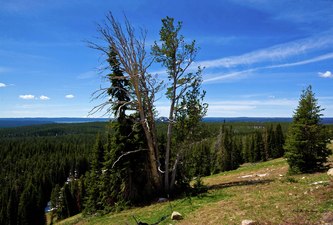